UU Talks: an ongoing and ever-widening speakers series, similar to TED Talks, where Speakers will speak about topics aligned with UU Values.  Early 2017 “Twinkle” Marie Manning, along with the help of UU-consulting-guru Peter Bowden of UU Planet ,will be launching UU Talks with an inaugural “model talks” event at the UUA Headquarters in Boston, and expanding into national and international locations as time, funding and resources permit. The talks will begin to be released in 2018 and in 2019 we will introduce the platform for all UU Congregations and Groups to participate in. 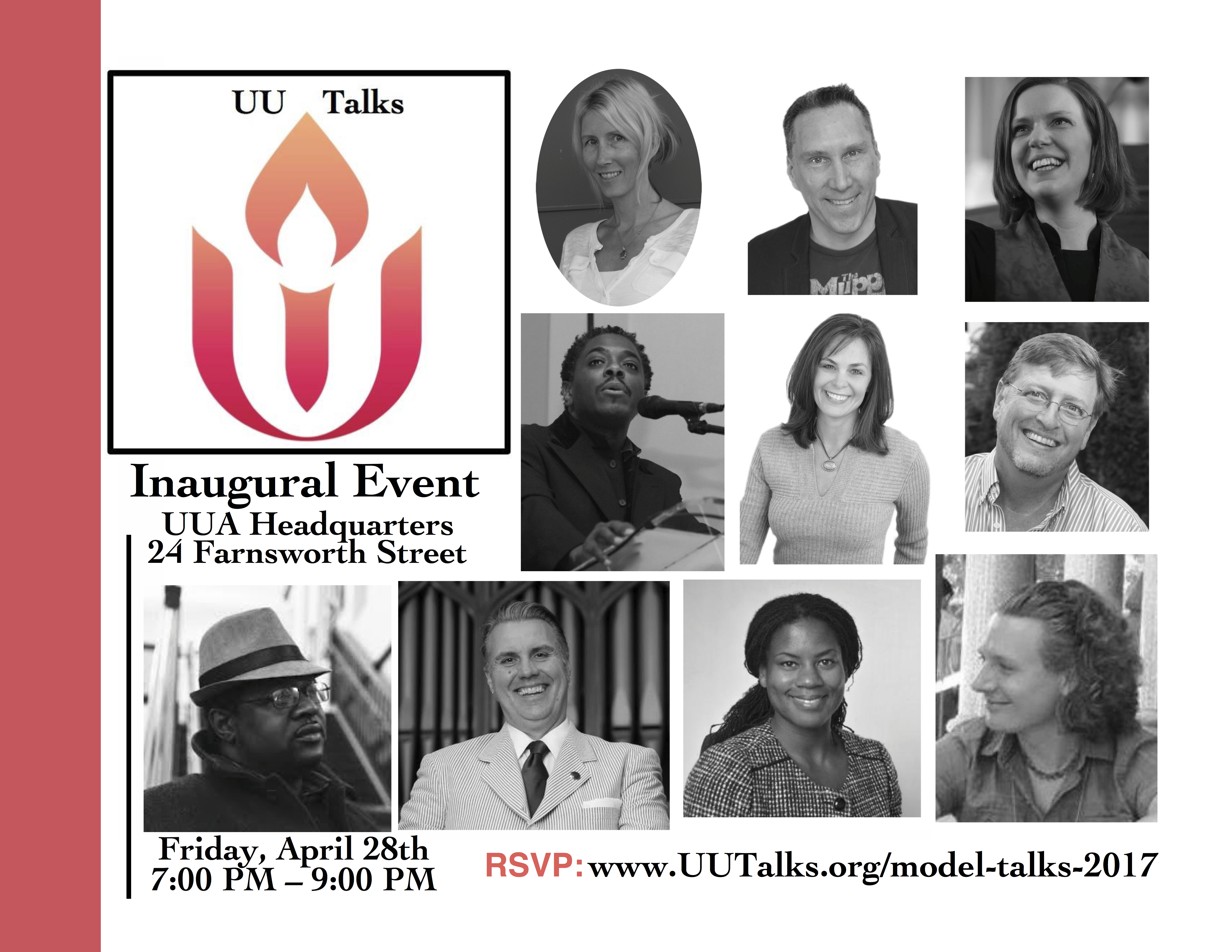 Find out how your congregation or UU group can host their own local UU Talks:

And here is our first interview discussing the UU Talks model with the cast of CLF’s  The VUU: