The path of the awakening heart.

We are social beings – we need to feel belonging.

Our recent relocation to Maine has resulted in great blessings and great losses.

Our larger church communities are things of the past.

Not just for my son and I personally in our new home location, but for Maine as a whole.

For us it is a new loss.

For UU Mainers, it seems to have a long legacy leading to the present day “micro-small-church” ministries.

For instance, there is a beautiful church literally down the road from us. Less than a mile away.  We researched online at the UUA website before we came it is stated to have more than 30 active members.  But this is not true.  Not even close.  It is a ghost-church.  It is beautiful with its stained glass windows.  And its old sanctuary is indescribable in its beauty – rounded interior and ceiling murals.  But the beauty ends there.  Not because it is only skin deep, but because it is not being taken care of from the inside out, nor the outside in.

Partly because of church politics and inflexible heart-sets.

And, largely because  of “lack” and “other” mentality.

All are definitely Not welcome here, and those who come better be willing to do alot of work “their way” or else be quickly cast to the lot of those undesirable.

This unwelcoming atmosphere and unwillingness to change in transformational ways is evident by the lack of attendance – on Sunday mornings typically less than a dozen people.  Often no more than six people. As well as lack of programming or outreach.  The free listing in the paper each week has not changed in a decade – it touts that their is Religious Education and childcare available on Sundays.  This is not true – neither are offered. Children are not a focus at all in this congregation. Nor is enhancing the programming for adults seeking spiritual growth. Nor do they wish to consider re-envisioning Who They Are in their community, or in our Faith Tradition.

They have assets though. Assets handled mindfully could transform the congregation and be a boon to our UU faith in this area of small town Maine.

They have a modest endowment. A few hundred thousand dollars – which is modest, even small, compared to larger congregations, yet coveted by those without such – especially startup organization who would use the funds in such creative ways that service and outreach and  growth would be cornerstones.  Yet, this endowment goes towards keeping the building operational at the expense of the community.  They have a  huge old building that in better circumstances could be used to offset expenses with rental fees.  Yet due to not being maintained properly over the years it has reached the point of needing astronomical amounts of funds to fully repair, let alone sustain. There is no financial stewardship to speak of by members or attendees.

The sustenance of the building has been kept afloat by the endowment.

The sustenance of the people has been largely sacrificed due to prevailing personalities more focused on their stained glass windows than on the hearts and minds of those who would otherwise seek this church out as their spiritual home.

If the powers that be had a vision of how best to serve the community they are in, as opposed to how best to maintain the old building, they have the means to make a huge positive difference. Now, they need to gain the mindset and heartset to do so.

I will write more about this later.

Another sad discovery was that to the community in this small town it is the crazy-people’s church.  Not the kind of Crazy we UUs traditionally like to be identified as – but rather, deeply disturbed and malignant kind of crazy.  It is known as Satan’s church – seriously! I couldn’t believe it.  Coming from relatively healthy congregations viewed as staples to their communities, this is alarming to me.  A PR nightmare. As the new Worship Chair of this congregation, I hope to help change that public persona, we’ll see how that goes and I will report back on progress.

At this point though it has been easier to fill my house with attendees for retreats, workshops, meditations and concerts than it has been to have people show up for church on Sundays.

Something that is really necessary for all the small and struggling congregations is to consider how they can be collaborating together. Collaboration is key. Yet it means learning to “let go” of some things to gain better things that are best for all concerned.

If the small congregations began to work collaboratively, they could reduce administration costs, share pulpit supply to ensure each Sunday service has the continuity of a professional speaker/minister, and they could host board and congregational retreats together to share ideas on how to build community and meet the pastoral care needs of their congregations.

They could unite in shared visions on how best to live in to our UU Values and Principles.

They could turn their focus towards the spiritual nourishment of their communities which is something that is greatly missing from many congregations as they are focused almost entirely on political advocacy – important, but should never be at the sacrifice of the spiritual needs.

There is more to consider.

I will write more soon.

On the date of Each Full Moon “Twinkle” hosts a gathering in her home for friends who wish to celebrate with her… be sure to check THIS LINK for any updates or changes. 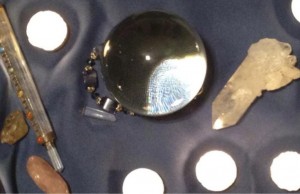 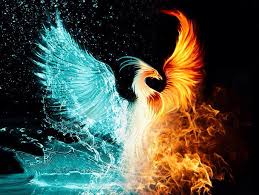 Thank you Mystic Mamma and your colleagues for being a constant and reliable source for helping us prepare each month for our New Moon gatherings!!

Here is a snippet, please click through to read from her blog:

“A NEW MOON in Scorpio is here on 11*11 creating an opening for us to shapeshift into a new form. Scorpio embodies the cycle of transformation and her magic medicine teaches us how to shed outmoded forms of being in order to rise to new heights….”

As always, New Moons are opportunities for new beginnings.  This month in particular we have the opportunity to rise, as the phoenix, up from the ashes of what we are shedding and toward the goals we are setting.   These new beginnings can only take place if we whole-heartedly choose:

Choose to embrace them.

Choose to set them in motion.

Choose, perhaps most importantly, to let go of the thoughts, feelings and lost dreams that are anchoring us firmly in the past and not allowing us range of movement to achieve what we really desire.

Join us at Twinkle’s Place so that you can choose to Rise during this New Moon in Scorpio.  Wednesday, November 11th, 2015. Dinner at 6pm.  Ritual at 7pm.

Due to popular demand ~ we’ve decided to book a Girls’ Night ~ Athena’s Style ~ with Your Local Athena’s Goddess Laura Duffy (who happen’s to be Twinkle’s sister!!)

Not only is Laura an amazing Doula, she helps women and couples with sex and intimacy education.

A bit of important information about this gathering:

Are you in?! RSVP ASAP and we’ll get this party started!!!

If you are unable to attend, or would just like to start perusing the goods, simply go to www.YourLocalGoddess.com and start making your wish list!

Be sure that if you do order online to enter party # 79052 so credit will go towards my party!

I hope to see you all there!!!

athenashn.com
Update November 14th:
What a fun and educational evening we had last night!
Special thanks to all who attended and to Laura Duffy for her amazing presentation! 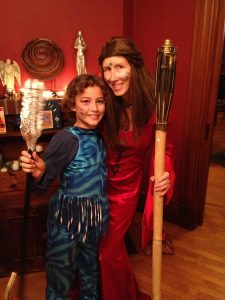 Thank you to everyone who celebrated Halloween and Samhain with us last night.  May you be blessed throughout the coming year!